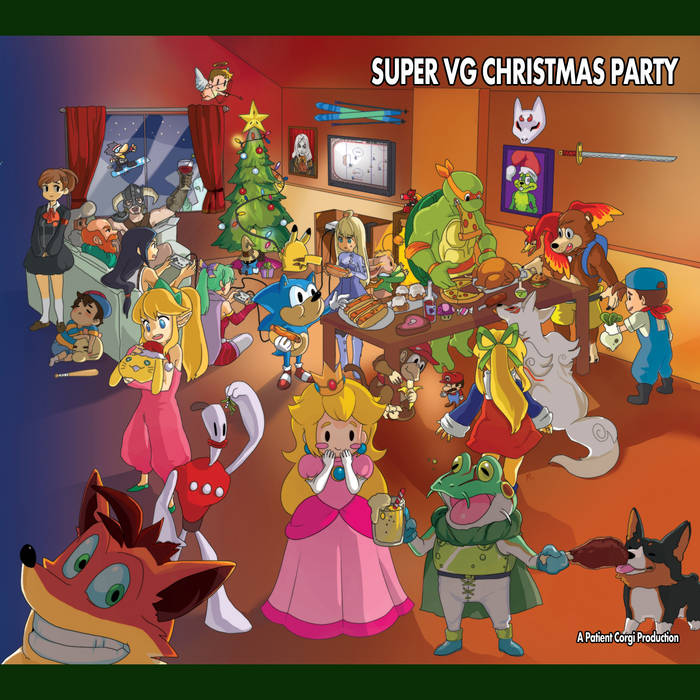 And so it went, the Bros were sitting on S. Claus's lap one snowy evening in December.
Steven's wide eyes looked up into Santa's welcoming smile. “I want to slap my guitar even harder but my hand keeps cracking the wood! Make my palm as soft as snow!”
“Hold on, Santa!” Sam began as he sheathed his smartphone. “If Steve gets soft hands, I get glittered guitar nails so I can look as good as I sound!”
“Boys boys!” Santa retorted with an amused grin. “That's all well and good…but what's in it for me? What do I get this year?!”
The bros smiled slyly at each other. “How about a Christmas album full of video game music…” said Steve. “Yeah, full of tunes from all our friends.” added Sam.
"Boys…” Santa replied in joyous disbelief. “Are you sure?”
“We're sure, Santa.” Steve replied.
Santa peered out into the vast snowy plain, and as a single glistening tear of joy trickled down his cheek, he softly muttered to himself: “F yeah.”

Over 100 musicians have teamed up from across the globe to bring you the ultimate holiday video game music compilation! Featuring 42 tracks and more than two hours of music, this collection of all-new winter and yuletide covers is our Christmas gift to you. It’s completely FREE to download! ... more

Bandcamp Daily  your guide to the world of Bandcamp